Millions Won For Our Clients 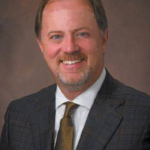 These words were supplied by Craig A. Davis, himself:

Growing up, I spent a lot of time at my grandfather’s farm.  I thought that would be my calling.  As it turned out, the oilfield became my calling, upon graduation from high school.  So off I went to the oilfield, making good money in the early 80s.

I went to college at LSU and worked in the oilfield over the summers.  Graduated in petroleum engineering and went straight to the Gulf of Mexico, working as a drilling engineer.  As fate would have it, I was injured during Hurricane Juan.  While in the process of evacuating the drilling rig via personnel basket transfer, myself and others on the personnel basket were washed across the back deck of the workboat and slammed against the boat bulkhead.  Fortunately, no one was killed, but everyone on the basket was injured in some form or fashion.  We managed to get to the pilothouse and then rode out the storm with the boat crew.  I don’t ever want to go through that again.  My knee healed and I was able to return to work after a month or so; others weren’t so lucky.

Next thing I know, I was laid off and drawing unemployment.  So, the oilfield wasn’t working out so well. After that, I decided that I did not want other people deciding what is “safe” and what isn’t and did not want others controlling my destiny.  So, I went to law school.  Looking back, it should not have come as a surprise to anyone; my father was an attorney in Many, Louisiana where I grew up.  After graduating law school, Lafayette became home for my wife and me.  We raised our three boys in Lafayette; all have graduated college and become successful young men.

I remember vividly one of the first cases I worked on.  At that time, I was a first-year attorney, working at a defense firm.  The case involved a young man, newly married, who lost two fingers on a drilling rig accident.  A downhole tool went off while he was securing it to the wireline, severing two of his fingers completely and injuring both hands.  He was fortunate that he was not killed.  My job was to prepare a “Redline Release”, which is where a person who is unrepresented by an attorney state that he knows what he’s doing and is settling his injury case.  Nothing could be further from the truth – that young man had no idea what he was doing in settling for such a small amount of money, for permanent injuries to his hand.  I remember the look on his wife’s face while he was signing the settlement documents.  There was nothing I could do or say, because I was on the defense side at the time.  I went home that evening and told my wife I would never be put in that position, ever again.  I’ve been representing people ever since, and I’ve never looked back.

My best advice to you; if you are injured, no matter what the circumstances are, you need to get advice from a seasoned attorney.  I have handled thousands of cases in my 27-year career and have no intention of slowing down.  I have handled numerous oilfield cases, Jones Act cases, general maritime law claims, crashes involving trucks, cars and motorcycles, and have tried more workers compensation cases than I can count.  I’ve even handled cases in Texas and Mississippi (Pro Hac Vice).  I’d love to represent you and your family if you should ever need an attorney.

No archives to show.

Disclaimer: The legal information presented at this site should not be construed to be formal legal advice, nor the formation of a lawyer or attorney client relationship. Any results set forth herein are based upon the facts of that particular case and do not represent a promise or guarantee. Please contact a Personal Injury Attorney for a consultation on your particular matter.